How do you get it and what's it for? We've got the answers.

If you've been playing the new action role-playing survival game Tribes of Midgard as of late, you've no doubt become familiar with runes. Each stands for a passive ability that your character can use and grant bonuses and buffs to help you throughout the game. This might include raising your defense stats, or even reducing the prices of items at shops. They're an invaluable part of the game, and it's in your best interest to collect them.

But there's one rune that remains a bit of a mystery: the Golden Egg. It doesn't really seem to do very much at first glance, though everyone does seem to want to know how to get it and what it's for. If you're puzzled over either one of those things, sit back, relax, and let us guide you toward the answer. We've got everything you need to know, right here.

How to Get the Golden Egg Rune in Tribes of Midgard

If you want to find the Golden Egg rune, you might be in for a bit of a wait. Runes are dropped at random in Tribes of Midgard from enemies, or you might happen to find one in a chest somewhere. Unfortunately, there's no way to guarantee that you'll find one anytime soon. You'll be doomed to the luck of the draw. You can spend your Golden Horns trying to coerce out a Golden Egg, but we don't recommend doing that. Just kick back, relax, and wait it out. Eventually, the rule of random will work for you, and you'll earn one of these eggs. Don't feel left out or discouraged if you don't see one in your first few hours. It'll eventually happen. Just trust the process.

What the Golden Egg does in Tribes of Midgard 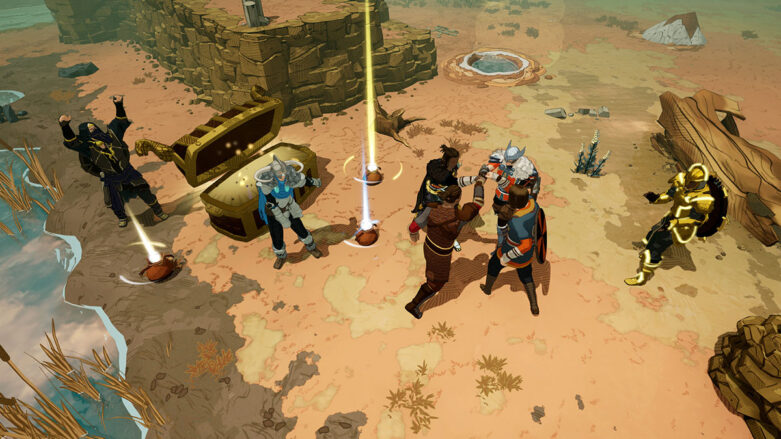 Unfortunately, we aren't exactly sure what the Golden Egg does. It's worth 200 souls if you decide to sell it, but that's all many have worked out just yet. What we can discern is that it probably isn't meant to be hatched -- unless that's something coming in a future update. It's not exactly clear right now.

There is something interesting that it does do, however, and that's seeing an increase in the number of Roosters of Ragnarok seen on the map while holding the Golden Egg. Some people have found that you'll get more Golden Horns if you exit a game via Bifrost, but these theories are as yet unproven.

Right now, the best thing to do is either sell the Golden Egg or hang onto it for future updates. It could very well become an important item later on and since the game's random drops make it hard to get, you might be glad you kept it.

Looking for buddies to play Tribes of Midgard with? Join the official SteelSeries Discord to find plenty of new friends to jump into the game with.